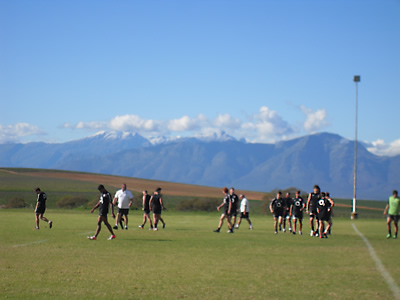 David Stringer on tour in South Africa with England U18’s

On Monday 6th August 2012, David set off on a two week tour to South Africa with the England Rugby Union under-18s squad.

The tour consisted of matches against Wales, France and hosts South Africa. The tour for England began successfully with a win for England against Wales in Cape Town. However, England then went on to narrowly lose to France in George and then lost by seven points to South Africa, despite outscoring them five tries to three.

“This was my first trip to South Africa, and on the back of the Olympics, made for a hectic summer, said David, “But it was great to be working alongside the future stars of English Rugby.”

To book an appointment with David or Karl, please contact David by phone on: 07974 578 191 or by e-mail using the contact form